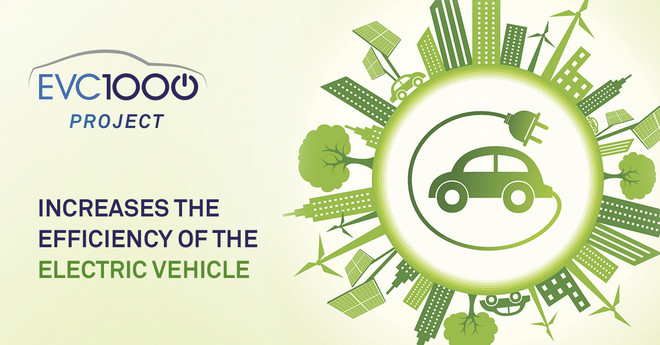 Over the past 2 years, the EVC1000 has been busy working on several activities, most of which were preparatory to the creation of the Audi and Jac prototypal electric vehicles fitted with customised car components by AVL, Brembo, Elaphe, and Tenneco. The consortium was coordinated by AVL who made sure that the team was on the right track with the development of the desired solutions.

The first steps made in this direction, and coordinated by the University of Surrey, were the setup of components specifications and design of the relevant 3D CAD model, which were validated and tested also in terms of energy consumptions. The design of a valid overall car concept, in particular, was necessary to pave the way for future activities, as it will be widely used in the next 18 months.

At the same time, the team extensively worked on car components. One of the biggest achievements was the finalisation of the e-traction axle system leveraging on the latest Elaphe in-wheel motor technology, and the electric wheel dual drive (eWD²) provided by I&M. Brembo and Tenneco respectively finalised the brake-by-wire and suspension systems as well. The former consists in developig new rear callipers and disc integrated in the in-wheel motors, plus a pedal similar and electro-hydraulic actuator. The latter, in designing two advanced suspensions adapted to the demonstrator, which meet the energy efficiency objectives.

With all the components being now in the final finalisation step, the next 18 months will be devoted to their integration in the Audi and Jac vehicles. This activity will be particularly coordinated by engineers of the University of Ilmenau and Fraunhofer with the help of the other partners. Finally, control strategies next to the performance assessments and prototype demonstration will be carried out.

The EVC1000’s objective to create two electric vehicles fitted with the latest component technology in terms of energy efficiency but also drivability, which allow for long-distance daily trips of up to 1000km, is now coming to reality.

Cookie info
This website or other tools used by it make use of cookies required to operate, useful for the purposes described in the cookie policy. If you want to know more or deny your consent to all or to a part of the cookies, please examine our cookie policy. By closing this banner, by scrolling the page, by clicking on a link, or by continuing the navigation in anyway, you accept the use of cookie.